You guys– I wrote an entire post last night and somehow deleted it.  I blame Google drive for automatically saving every 2 seconds. I’ve forgotten the need to manually save on WordPress!

Anyways, we were under contract on this house 7 days after Cohen was born.  This is where I also had to keep updated on the foundation and learn about the soil types. I don’t particularly advise buying a new house when you’re only one week postpartum, because…hormones.  Cohen’s two months old now, we closed two weeks ago, and all is well.

The absolute best part of this whole renovation is that it is getting done while we AREN’T living there!  No dust, early morning visitors, or loud tools to live with for 3-4 weeks. According to restumping Melbourne, since foundation repairs are generally not covered in your home insurance, it can be hard to tell if the cost is actually worth it. While it really depends on what your end goal is, the answer is typically yes: foundation repairs are worth the cost.

Here are some pictures as the house looked at the time of closing and some ideas of what we’ll be doing in the space: 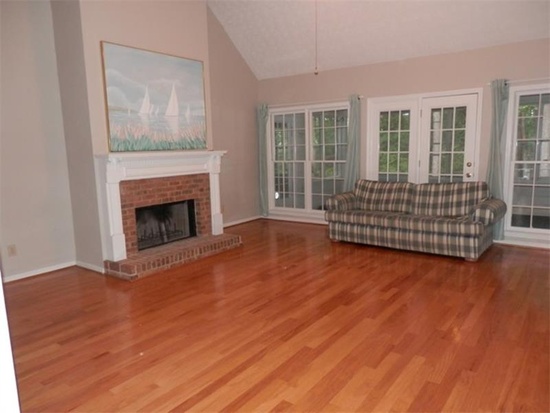 The living room. The staging of the plaid couch in front of the window/door to the sunroom is on fleek – thanks to selling plantation shutters company that helped me with the idea.  Yeah, I said it.  And I’ll never say it again.  Hashtag (imagine me doing the Jimmy Fallon hashtag symbol with my fingers) too old for hipster lingo.  Other than that, the room is a great space with vaulted ceilings and new residential windows. Speaking of walls, we had to get some help from a top atlanta drywall repair Atlanta. It’s right off the kitchen and the sunroom is behind it as you can see.  Notice the busy-ness of the sunroom windows…there are just a lot of grilles going on between the windows of the living room and the storm windows of the sunroom.  It kind of makes your eyes dizzy instead of being easy on the eyes.  I’ll talk more about the sunroom later. If you want to get new windows installed you can click the link and find out more. 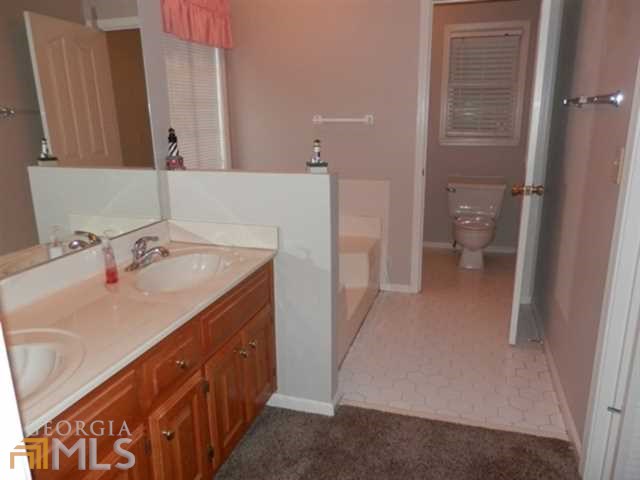 Master Bath. It is what it is. I don’t love the layout, but it’s not going to change…because $$$.  But with a new tub, some paint, new tile, new countertops and some trimming out of the mirror I think it’ll look great.  I hope it will at least! 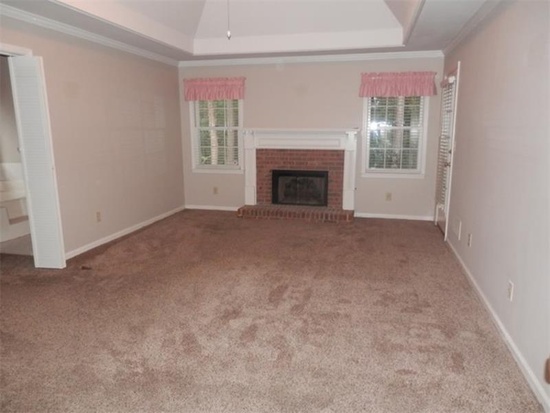 Master Bedroom.  So, we have a fireplace in the bedroom.  I THINK I’m going to like that.  No plans for this space just yet other than taking down the pink “curtain”. 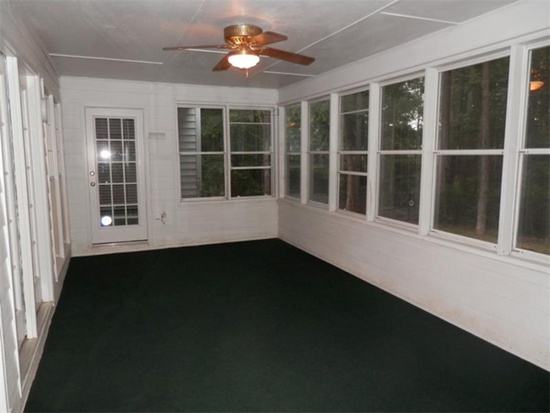 Sunroom. Here’s the sunroom I was talking about earlier.  Lots of storm windows, green carpet, and 3 different entry points from the inside of the house alone.  That’s 4 doors to this small space.  I’m not really sure why that was necessary, but it is what it is.  My original plan was to knock out the ceiling and vault it because the ceiling already is vaulted above.  UNFORTUNATELY, it ended up being a bigger structural deal than we originally thought, to the tune of $4200, so we opted out of that and are just screening in the porch instead with a post for every 2 of the current windows so there’s a lot less busy-ness going on. 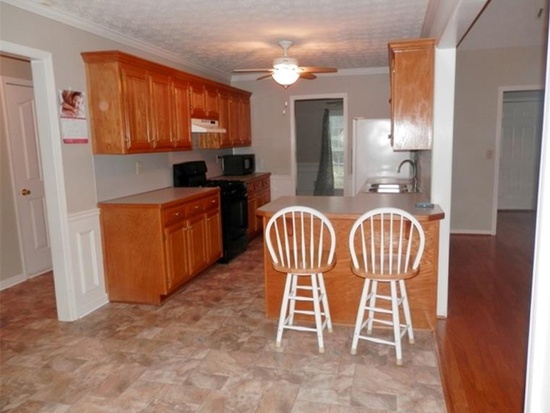 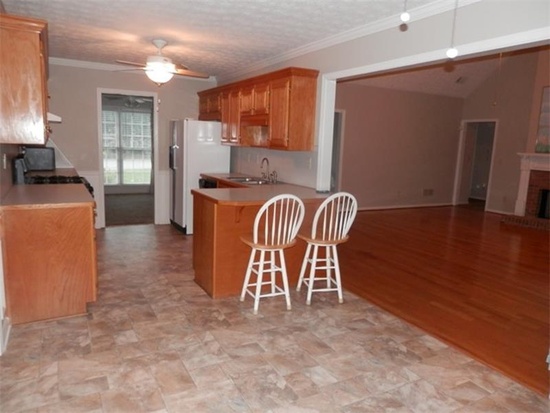 The Kitchen.  A galley kitchen in the middle of the house. It’s not my ideal layout for the space, but once again, it is what it is and I have to make the best out of it without too drastic of a change (meaning appliances stay where they currently are).  We’re opening up the space to the living room a bit and lengthening the bottom countertop to add more division to the space as well as some counter seating.  Cabinets will be taken to the ceiling and painted.  Recessed lighting, backsplash, yada yada yada.  I love kitchen remodeling.  It’s hands-down my favorite room to design.  Again, I HOPE it turns out like I have it pictured in my head!

The other rooms aren’t much to see right now and won’t be needing any work anyways.  When I get the time to paint and decorate those rooms I’ll share then, but for now it’s just the fun renovation stuff I’m sharing.

Here are a few pictures from yesterday to show you some of the progress in the different spaces: 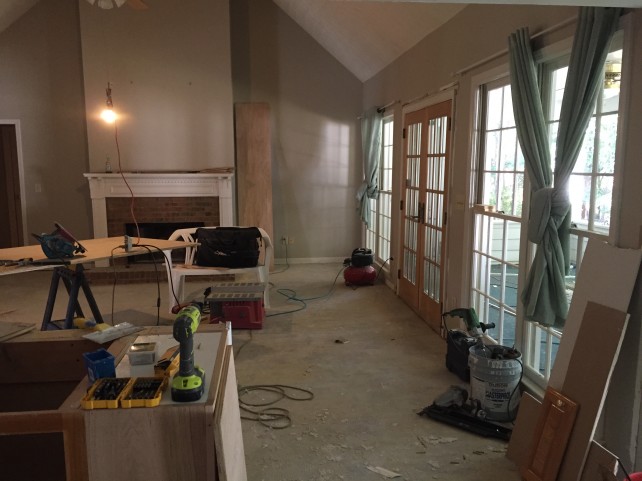 New french doors.  They look so good compared to what was in there!  It was previously a fixed window and a door next to it.  The functional french doors really make it look so much better.  My contractor budgeted $1200 for the doors, but I got these for $300 off of craigslist.  What a steal!  They were the floor model from Home Depot and were in great shape other than a scratch on the exterior side.  I can live with that! I also had to look for garage builder IL when I found out that the garage door spring needed to get fixed. 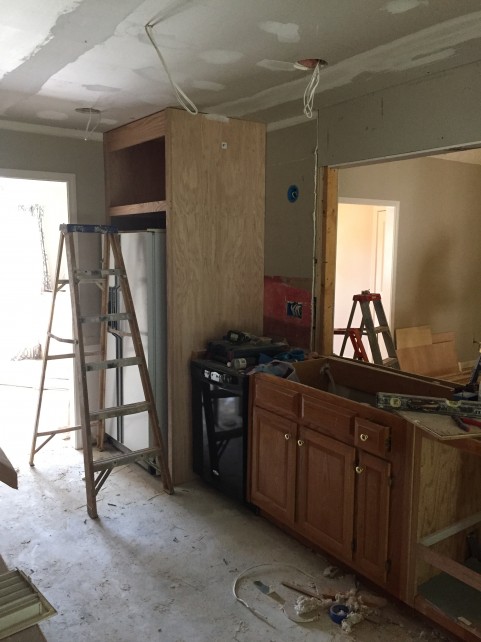 The hood/vent cabinet looks funny to me so I’m meeting with my contractor Monday to have it changed up a bit.  It just needs a wider base and different trim. 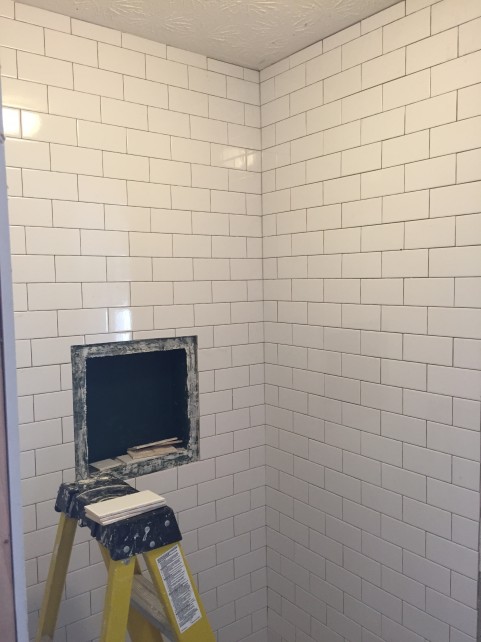 Welp, Kennedy is up from her 45 minute nap.  She’s a year and a half old and thinks that’s a sufficient daily nap. I strongly disagree with her.

3 responses to “The Ironwood House, Pre-Renovation”