How has it been two months already?  9 weeks and 2 days to be exact.  Time has flown by and Kennedy has already grown so much! 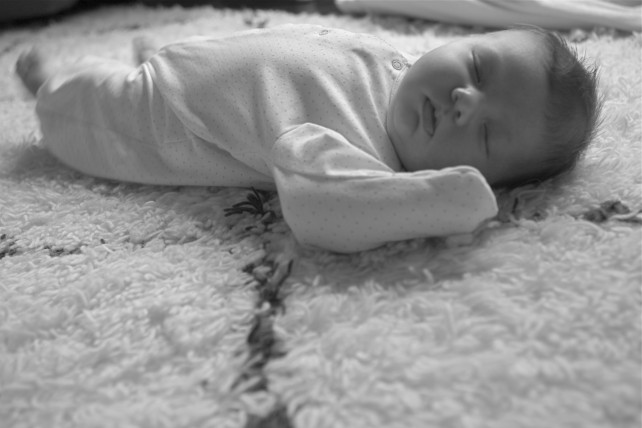 I’ve learned that everything that used to take me an hour to do now takes me 4 days.  I like to focus on one thing at a time and get it done…but now I’ve learned to be able to start something, drop it, and pick it up again later.  Unfortunately that leaves my house in a horrendous mess most of the time.  Oh well. 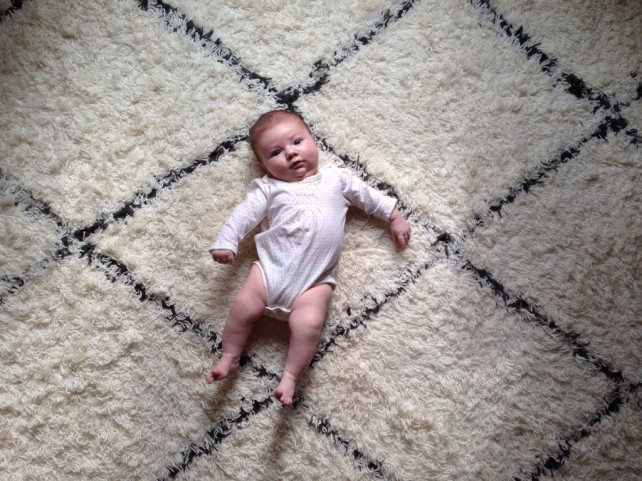 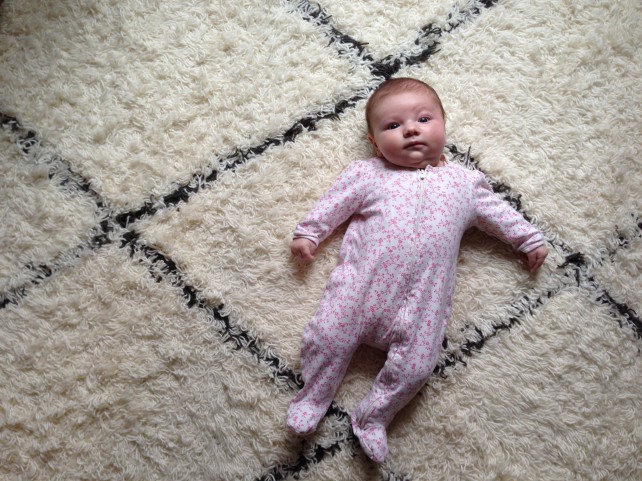 She is smiling a lot lately, especially after a good nap and mealtime.  I’m still breastfeeding, but unfortunately it isn’t a pleasant experience for me (yet?).  A couple of weeks ago Kennedy had to get an upper lip tie and a posterior tongue tie clipped.  I may write about all of this later, or I may not…it’s just too frustrating to put out there right now.  I still pray daily for answers as to why it’s so painful. Time will tell….or not. 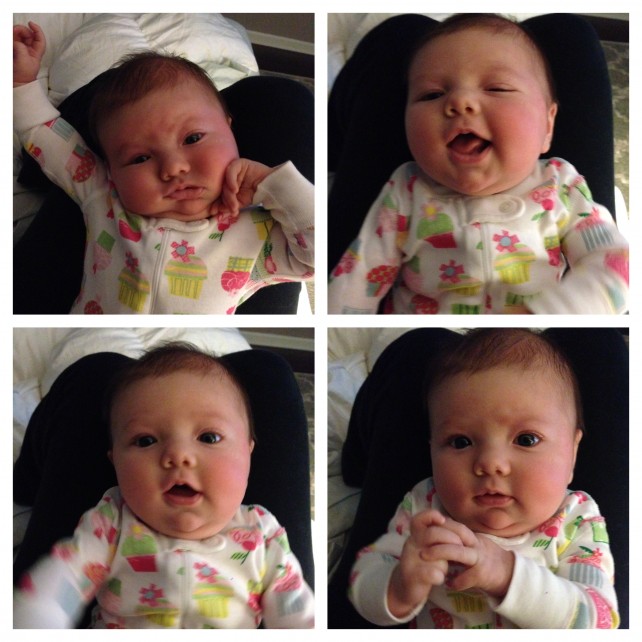 This is what inevitably happens when I try to take pictures: 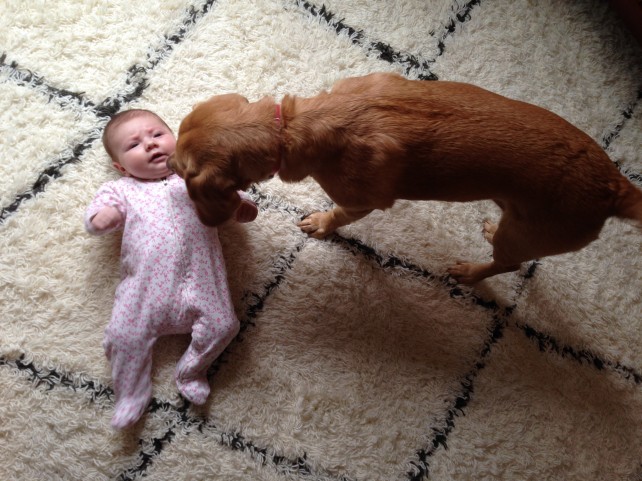 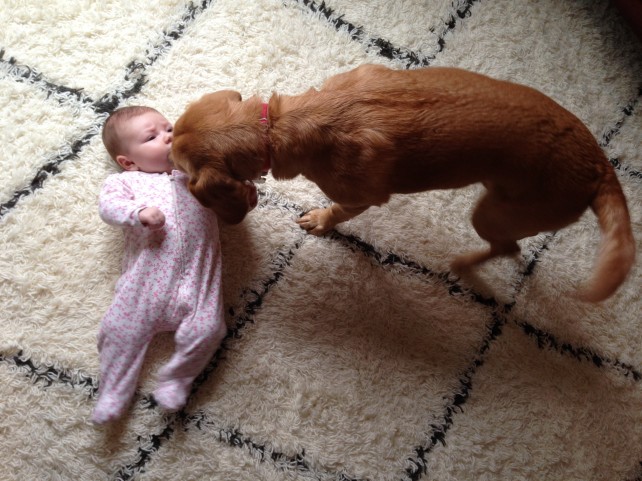 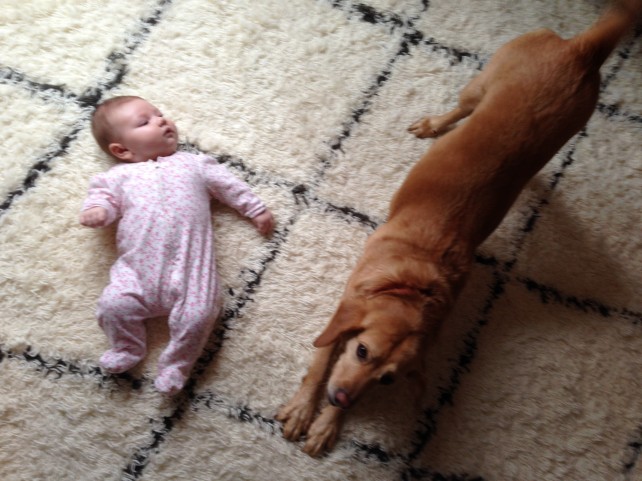 Abby has been wonderful with her.  I don’t have to worry one bit about her ever being aggressive in even the slightest of ways. She’s mostly just curious as to who this new miniature human is and why she makes so much noise.

We like to cuddle in our bed on cold winter mornings sometimes. 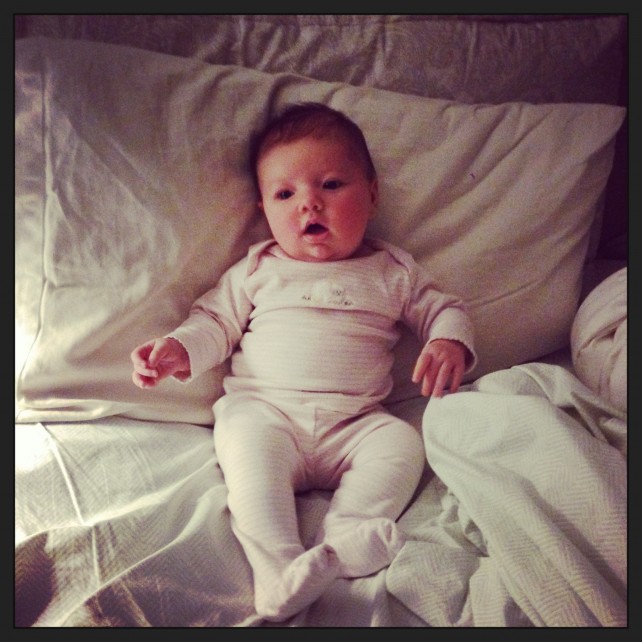 And she’s doing her darndest at tummy-time, although after a couple of minutes she’s no longer a fan. 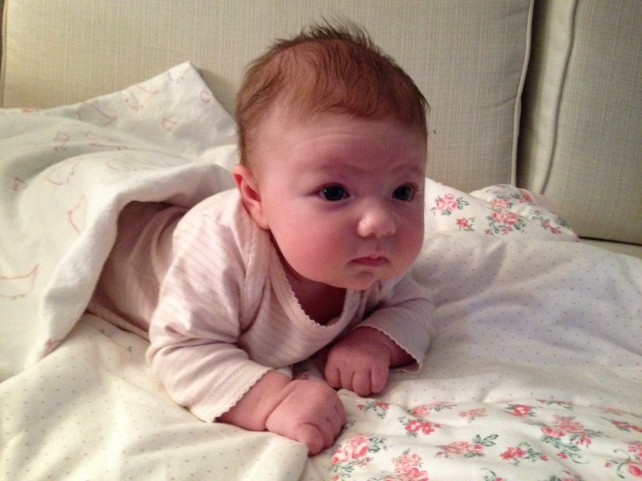 The nursery is an absolute wreck. 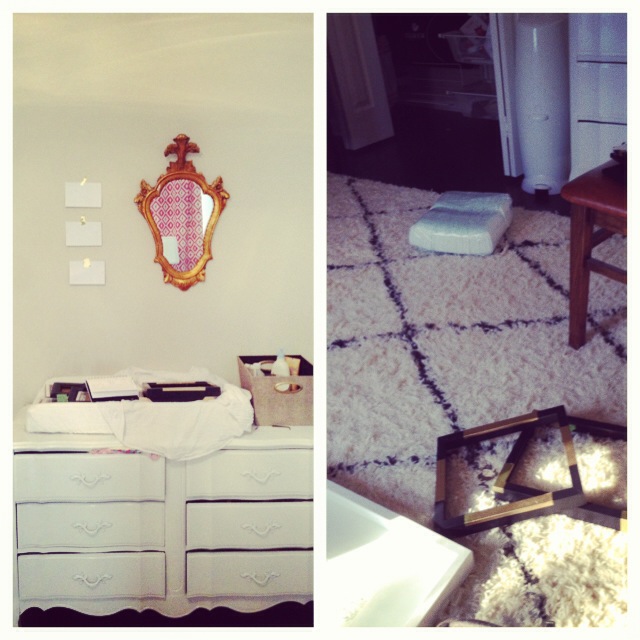 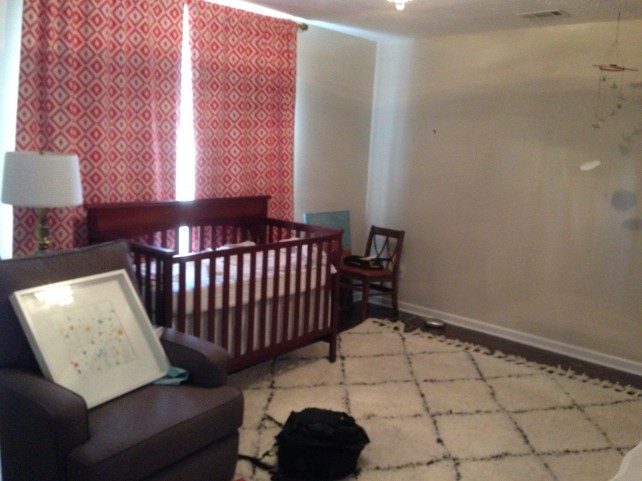 Have I ever mentioned that I HATE accessorizing?  Probably because I’m terrible at it.  I’m such a big picture person and when it comes to the little things, I just draw a complete blank.  Can anyone else relate to that?

My little girl is calling (yelling/crying) my name so it’s time to go.

Hopefully I will have a nursery reveal sometime in the near future!