Six Months & Weaned from her Swaddle!

I’ve had several people ask me about how our attempt to wean Keenedy from her swaddle went, so I thought I’d take a few minutes to explain how we were SUCCESSFUL in weaning Kennedy from it within one week!

I’m elated to be writing this blog post because it means my life is back to normal…whatever normal actually is. For me, right now, it means that Kennedy is taking pretty predictable naps and is sleeping 11-12 hours at night; perhaps waking up one time after 8 hours to nurse.

It all started last Monday. I had the Zipadeezip in hand and I decided to start off with naps only. Monday: 30 minutes and wake up at each nap time. I’d give in around 4-5pm each day and just let her nap in the swing. Tuesday, Wednesday, Thursday: SAME THING. She couldn’t get past napping for 30 minutes at a time, but she’s never been that great of a napper so I just kept going.

Friday came and she went down for a nap, woke up 30 minutes later, then put herself back to sleep a couple minutes later. That was our first success!

Friday NIGHT – *gulp* we were finished swaddling at bedtime now. This was the first night and let me tell you…it was ROUGH. From 8pm-8am she woke up 8 TIMES! She would wake up crying and as soon as we put her pacifier in her mouth she’d go back to sleep, but that made for a long night of ups and downs each time she’d wake up crying. There were two 2.5 hour stretches of sleep within those 12 hours. We felt like we had a newborn again!

Saturday night – slightly better than Friday night. I think we got up around 5 times to give Kennedy her pacifier between 8pm-8am.

Sunday – We were exhausted by this point. Not getting quality sleep combined with a busy weekend with family was wearing on us. I was so nervous going to bed Sunday night because I was on my own — Alex had to get up for work Monday morning whereas I could bum around in yoga pants all day if wanted to, so that meant that every cry session was “my turn” to attend to.

She did a lot better than the previous 2 nights and slept until 1am without crying. But then 1:10, 1:30, 2…cry, cry, cry. I rolled over and told Alex I was going to swaddle her. I was so tired and frustrated and couldn’t do this anymore tonight. He quickly replied “go for it!”.

I took a deep breath before getting out of bed and decided I’d just nurse her then put her back to bed one last time unswaddled. I did just that then went back to bed myself expecting to wake up to crying 30 minutes later.

The next thing I know it’s 8:15am and I had just slept for nearly 6 hours straight!  By George I think she’s got it!!!  I knew that that was the turning point and I was right. 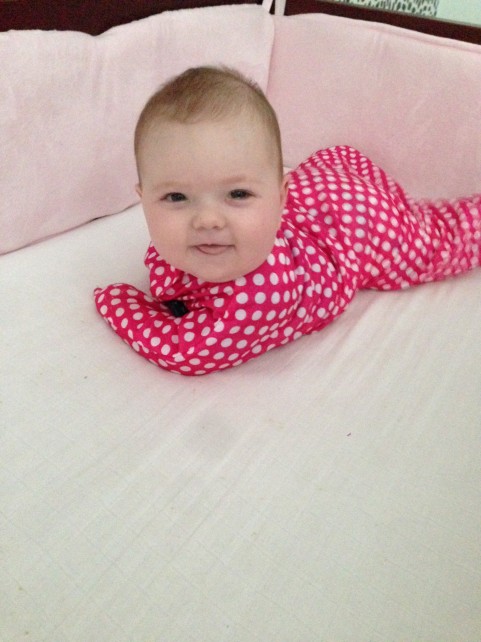 Then last night she was back to her normal routine of 12 hours with one early morning wake up to nurse.  I must also say that she’s napping better than she ever has before.  I’m talking predictable 1.5-2 hours naps!  I’m still holding my breath that those will be consistent because it’s definitely a new thing for her, but I’d be overjoyed if she stuck to it!

Although the Zipadeezip wasn’t “magic” for us right away, I’d still say that it worked wonders for transitioning out of the swaddle and was worth the money.  After shipping they cost about $43 so I don’t think we’ll be buying another one, which would be very nice to have so we could wash it without having to do speed-washes between naps.

I’m just thankful we’re out of that phase & that my sweet SIX MONTH OLD can sleep again. 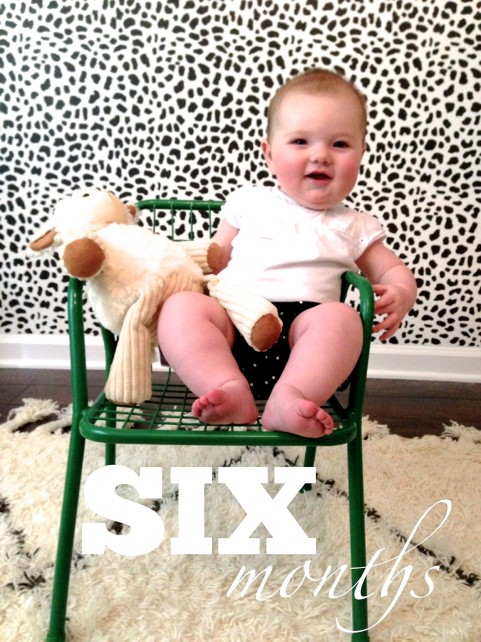 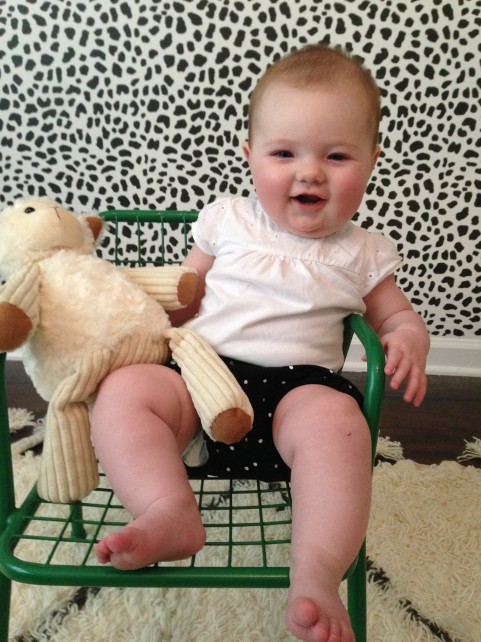 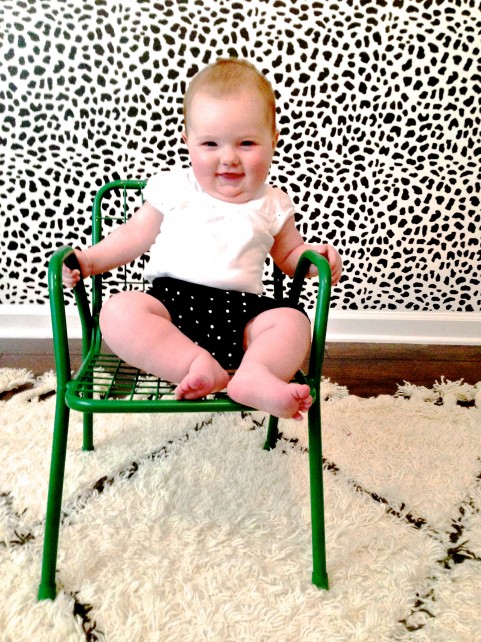 Now back to my original project I was working on when this sleep catastrophe stole my attention…the guest bathroom!  I’ve nailed down my design board and will be back soon with details!

One response to “Six Months & Weaned from her Swaddle!”