So, you know that post I wrote yesterday?  The one about the awesome window stencil?

Well, I did love it…until I went back to 7th House on the Left and compared mine to hers. Rookie blogger mistake–always double check your work before you publish a post!

I felt so dumb when I realized what I did.  Basically, I lined up the stencil cut-outs wrong!  I applied them horizontally rather than vertically.  This caused there to be a lot of spacing between each cut-out, which means that the nice people on the screened porch could see clearly in the little half bath.

That’s no good at all. 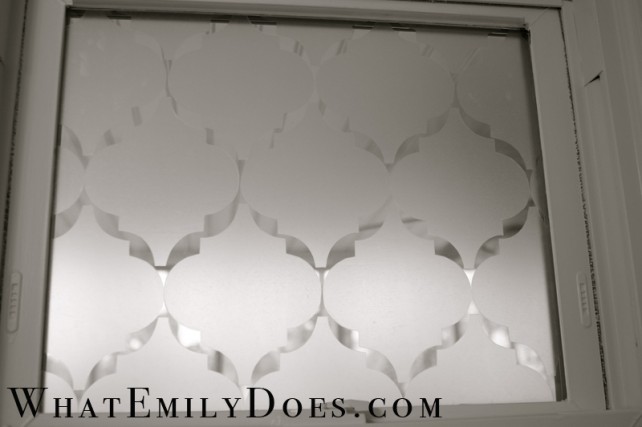 It’s still very pretty looking, but there’s just too much space in between each cutout.  I also discovered a lot of air bubbles in some of them too.  This may be a cheap-o project, but it is expensive in time!

I just couldn’t settle with what I had done.  I had to fix it!  Thankfully I had plenty of Con-tact paper left over so I grabbed my stencil and traced away a bazillion new cutouts.  I wanted to call it a night and just put it off for another day, but after dinner I went after the bottom half of the window.  It looks SO.MUCH.BETTER. 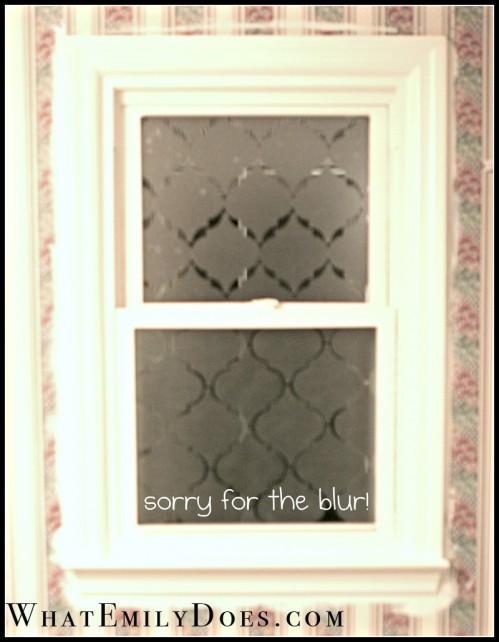 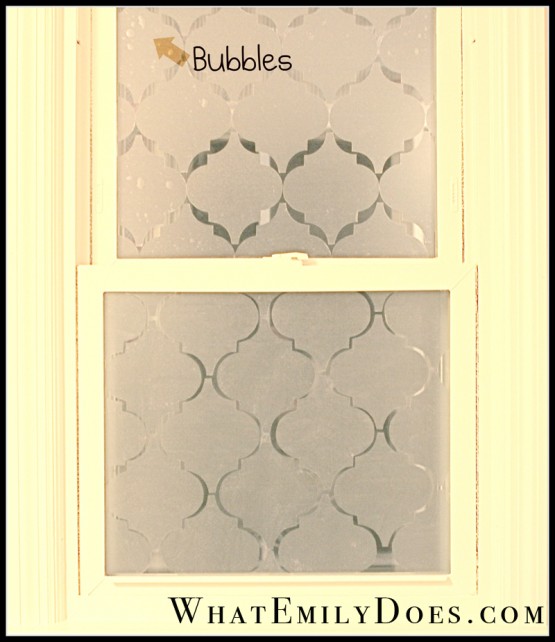 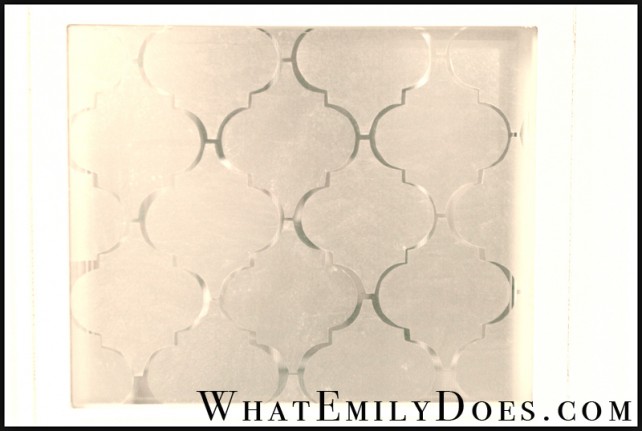 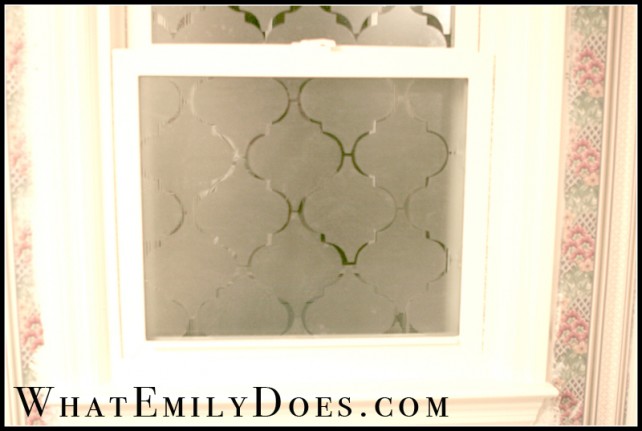 I’m not always the best at follow-through, but I did today and it looks great!

I still have to cut out a bazillion more pieces for the top part of the window–I’m just over it for today and I’m half-way falling asleep while blogging and watching The Biggest Loser.

The next time you see this bathroom that wallpaper better be down!

Half Bath, Our First Home